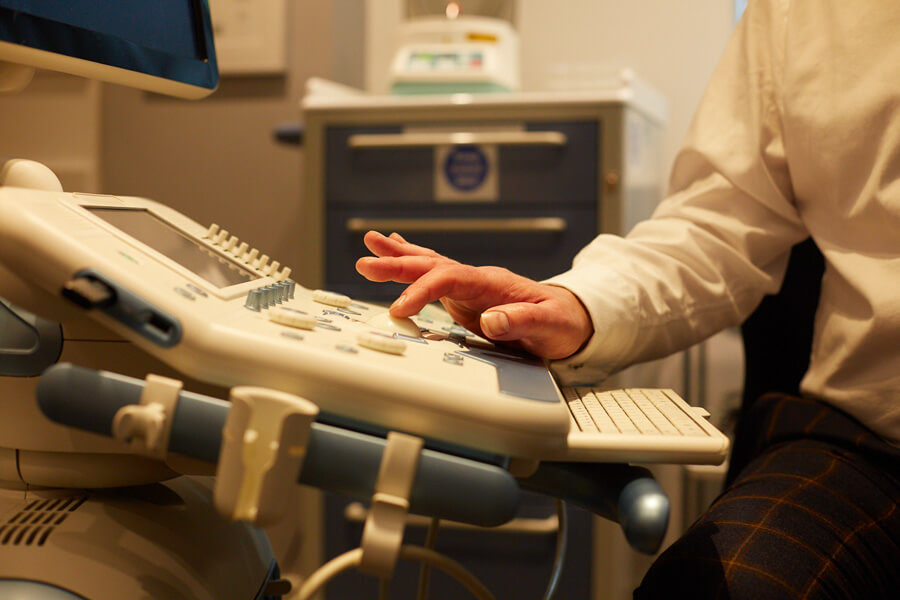 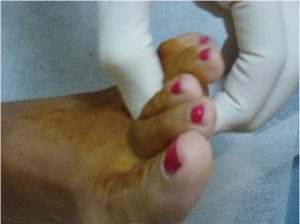 The taking of a good medical history, followed by a thorough physical examination and appropriate medical imaging are the 3 pillars of Morton’s neuroma diagnosis.

So, if you are planning on seeing Mr Weaver, or any other medical professional, about the pain in your forefoot, you might be wondering, how will my problem be assessed and investigated? You will have to answer the ‘Socrates’ questions.

Don’t worry you are not going to be quizzed about your knowledge of one of the forefathers of western philosophy, instead, you are going to be asked questions about the nature of your pain. This is because characteristics of forefoot pain are extremely important, as they give so many important clues about what might be causing your pain.

Socrates
Site of pain – where does it hurt?

Onset – when did it first occur …what were you doing? Etc.

Character -is it a burning pain is it a dull ache is it a sharp ache? Etc.

Radiation – does the pain radiate into your toes or up the foot? Etc.

Alleviating factors – what makes it more manageable or better? Etc.

Timing – how long does the pain last how often? Etc.
Exacerbation factors – what make it worse? Etc.

After a medical history has been taken your clinician is most likely going to deploy what ‘many a patient’ calls the ‘poking around method’ otherwise known as clinical examination.

Simply pinching or gently squeezing the metatarsal interspace of the suspected nerve, between the thumb and index finger is thought by most professionals to be the definitive test for the presence of Morton’s neuroma.

This simple test has been shown to ‘pick-up’ the presence of Morton’s neuroma or bursitis in about 95% of cases. The main limitation of the test is that it can’t distinguish between Morton’s neuroma and bursitis.

A ‘Mulder’s click’, named after Jacob Mulder, who first came up with the test, in 1951, was regarded by many, for decades, as the definitive test for the presence of Morton’s neuroma. In essence, if a click was felt by the examiner, the result was regarded as being positive for the presence of either Morton’s neuroma or bursitis. However, the click is only present in approximately 62-65% of people with Morton’s neuroma or bursa, meaning that 35% of people with a bursa or neuroma will have a negative click test.

A positive click test occurs when the metatarsal bones are squeezed together whilst simultaneously applying an upward force with the thumb to the underside the forefoot, as seen above. The clicking sensation is generated by the ‘subluxation’ or displacement of the enlarged nerve against surrounding structures.

Normally, the metatarsal heads are not particularly tender or painful when palpated, pain on palpation, at the metatarsal heads can indicate that the source of the pain is not a neuroma, rather a separate condition, often relating to the joint between the long metatarsal bone, and the short first short bone of the toe.

After having taken a detailed history, and completed a ‘hands on’ examination, that might also involve tapping on the nerve below the inner ankle, many podiatrists at this stage may say they have enough information to make, or exclude a diagnosis of Morton’s neuroma or bursitis.

If an x-ray is requested, it generally means that problems with bones and arthritis need ‘ruling out’ as the cause of your pain.

Importantly, x-rays are not in themselves able to detect the presence of Morton’s neuroma. This is because a Morton’s neuroma is a soft tissue condition, and as such, does not show up on an x-ray (x-ray imaging is well suited to detecting issues with bones and not soft tissue structures such as nerves.).

On rare occasions, Morton’s neuroma can be ‘picked-up ‘on x-ray indirectly, because very large neuroma can force the metatarsal bones to pull away from each other, a process known as diastasis. However, diastasis also referred to as a Sullivan’s sign can often be seen with the naked eye, because diastasis causes a ‘v’ splaying of the two toes either side of the neuroma.

Computed Tomography for the detection of Morton’s neuroma was first described in 1991, at a time when MRI scanners were still in their infancy.

C.T. scanning is a mode of imaging that takes multiple x-ray slices, taken at various angles and are ‘stitches’ together by computer, to generate 3 dimensional images. Since 1991, there have only been a handful of published studies describing the use of C.T. scans for the detection of Morton’s neuroma. This is because (where ultrasound imaging is unavailable) MRI has overtaken C.T. scanning for the detection of Morton’s neuroma.

MRI has largely outside of the US, rendered CT scanning for Morton’s neuroma obsolete. This is because MRI provides more detailed images and unlike CT does not use radiation or ‘irradiate’ the foot.

C.T. scanners however, can be used as an alternative to MRI, for those who are unsuitable for MRI, those who have metal clips in their brain, those with recent internal metal work, those with pacemakers or internal defibrillators fitted.

C.T. scanning is once more becoming a little bit more common in the United states, this is because C.T. scans for Morton’s neuroma are half the price of MRI scans, combined with the fact that modern C.T. scanners generate far less radiation now than they did in 1991, and are considered much safer.

Both forms of imaging are also likely to miss the presence of Morton’s neuroma in 9-10 people out of every 100 who have a neuroma. The effectiveness or reliability of scans are determined by two key factors, sensitivity and specificity.

How sensitive are M.R.I. and ultrasound scans for the detection of Morton’s neuroma?

A paper published in 2015 pooled the data from 14 previously published studies.  The analysis revealed a pooled overall sensitivity rate of 90 % for MRI, with the least amount of sensitivity being reported being 82%, and the maximum 96%.

Similarly, for ultrasound, the results showed a pooled overall sensitivity of 91%, ranging from 83% of least sensitivity to a 96%. Of maximum sensitivity.

A big weakness of this paper however was that it did not adequately discuss important differences between types of MRI scanners and scanning procedures. For instance, it is well known, that subtle ‘hard to see’ Morton’s neuroma can be missed if a contrast agent isn’t used. Contrast agents such as gadolinium (not suitable for those with kidney disease) are given generally via a drip or sometimes an injection.

When the contrast agent is the circulation it helps ‘light up’ a neuroma that might otherwise have gone unnoticed. Similarly, the study did not adequately account for differences in scanning techniques, for instance there is published evidence that the MRI images for Morton’s neuroma are better if the person being scanned is laid on their stomach, as this helps keep the foot still and neuroma in a better position to be seen.

The conclusion of the 2015 paper was Ultrasound has proved to be overall the most sensitive and cost-effective way of diagnosing Morton’s neuroma via imaging.

What advantages do MRI scans have over ultrasound?

Unlike ultrasound, they are not dependent on the skills of the operator, and they also generate good images of surrounding structures, so if the source of the pain is not a Morton’s neuroma an MRI scan is probably likely to show the more obscure alternative causes of forefoot pain.

What are the advantages of ultrasound over MRI?

Are there any disadvantages to ultrasound scanning? Yes, there is a big one, ultrasound scans require a lot of technical skill and knowledge to perform and are ‘operator dependent’, meaning the scan is only as good as the person performing the scan.

In summary the benefits of imaging include:

Confirmation of diagnosis, this is especially important if you are contemplating any form treatment such as injections or surgery etc. Nerves are delicate structures, and you really don’t want to disturb a nerve unless you are convinced that is the source of your pain.

As those that read our February blog know it is also important to distinguish bursitis from Morton’s neuroma because bursa can more often than not be resolved with fairly basic straight forward conservative treatments whereas Morton’s neuroma tend to be more complex, especially when they have exceeded 6.5 mm in diameter.

Here at www.mortonsneuroma.co.uk we have a long commitment to medical ultrasound. Mr Weaver was one of the very first UK Podiatrists to adopt ultrasound imaging into everyday routine practice. Mr Weaver also hold a Masters degree with distinction in Medical ultrasound.

At our UK treatment centres in London and Sheffield ultrasound imaging is performed on every single patient with a suspected Morton’s neuroma or bursitis. This is because, firstly accurate diagnosis is vital for maintaining excellent patient outcomes. And secondly, cryosurgery for Morton’s neuroma is tailored to each individual needs and requirements and these needs can only be assessed and planned for with a pre-treatment scan.

Keep an eye on our website, as we will be announcing some great new offers for cryosurgery when it is safe for us to resume practice.

In the meantime stay home and stay safe.